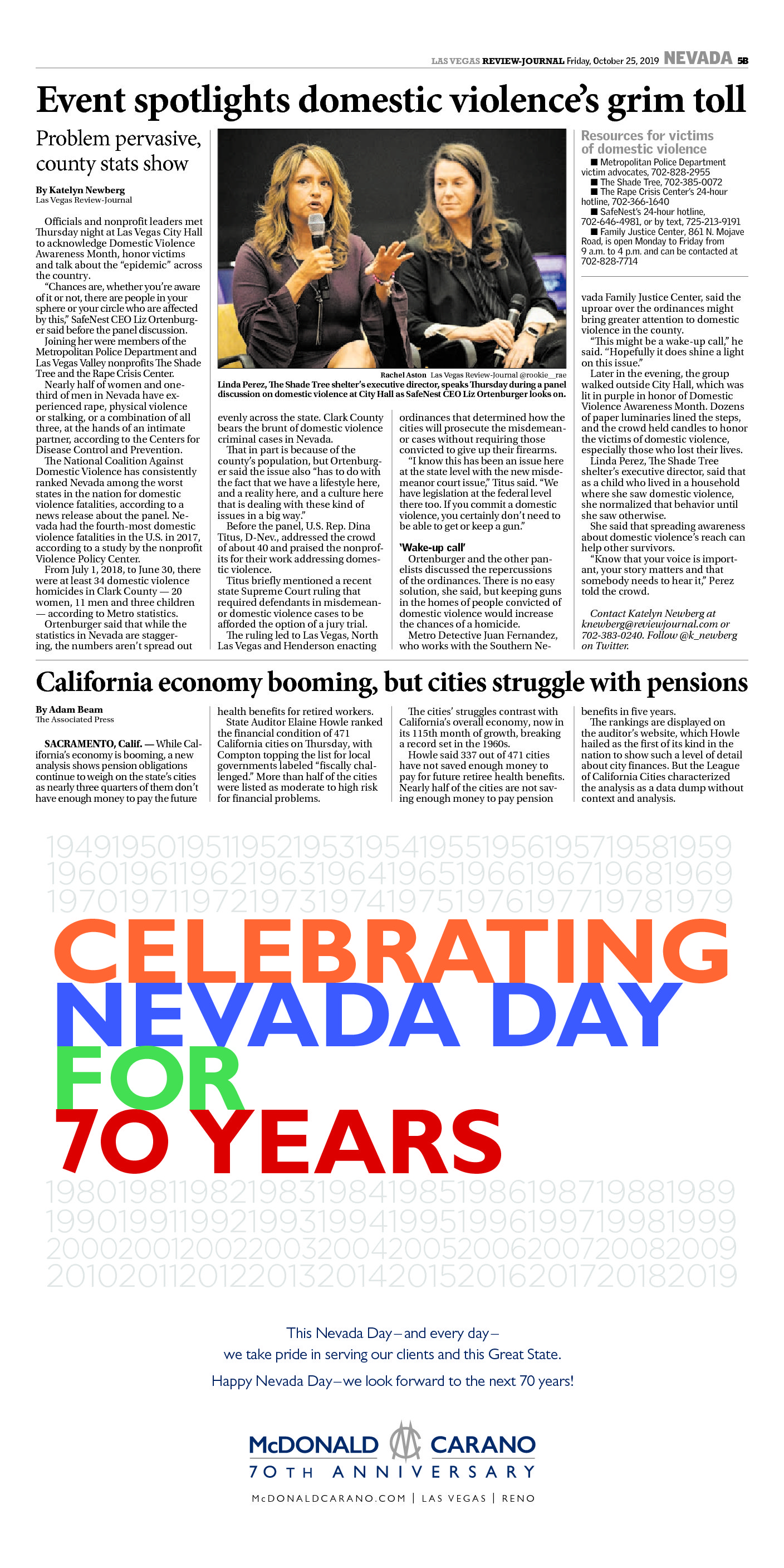 In recognition of Domestic Violence Awareness Month (DVAM), an initiative conceived by the National Coalition Against Domestic Violence to connect advocates working to end violence against women and their children, local nonprofit leaders from The Shade Tree, SafeNest and the Rape Crisis Center, will join representatives from the Las Vegas Metropolitan Police Department and UNLV to discuss the state of domestic violence in our community. Staggering statistics about domestic violence and sexual abuse:
• According to the Centers for Disease Control and Prevention (CDC), the National Intimate Partner and Sexual Violence Survey (NISVS) indicates that almost half of the women and nearly one-third of men living in Nevada have experienced rape, physical violence and/or stalking by an intimate partner.
• According to a report compiled by the National Coalition Against Domestic Violence, Nevada consistently ranks 1st in the nation for domestic violence fatalities.
• NISVS indicates 1 in 4 women and 1 in 7 men in the United States are affected by domestic violence.
• NISVS indicates that every minute, 20 people are affected by intimate partner violence in the United States. That’s roughly 10 million people every year. Following the panel discussion, guests and the public will be invited to participate in a candlelight vigil on the steps of City Hall in honor of victims and survivors of domestic violence. City Hall will go purple that night as a show of support for women and children in our community who have endured domestic violence. Headlining the candlelight vigil will be Elynne Greene, manager of Victim Services and Human Trafficking with Las Vegas Metropolitan Police Department.

Celebrate #InternationalWomensDay with The Shade Tree at Champagne and Pearls

The Shade Tree Celebrates 30th Anniversary with the Mask Off Gala!